Youth unemployment: Can the problem become the solution? 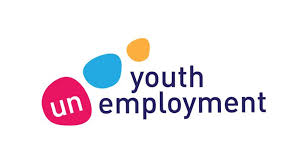 Not for the first time, a plan to solve South Africa’s huge problem of mass youth unemployment has been published. In an article headed “Here’s how to fix South Africa’s youth unemployment and black economic empowerment in one go” (Daily Maverick, 20 June 2021) Tim Cohen proposes a plan whereby dividend tax can be used to create a fund of R500 billion over ten years that would “go to a dedicated development finance institution which will invest in black business, or any business if it wants”.

How exactly this would fix youth unemployment is not made clear. In fact, “youth unemployment” is mentioned only in the title and in the first line (which repeats the title). And the article ends with two rhetorical questions: “So, would it work? Absolutely. Will it be implemented. Absolutely not.”

The purpose here is not to critique the article. Rather it is to note the aptness of its second paragraph:

“We all know the famous Albert Einstein quote, “insanity is doing the same thing over and over again and expecting different results”. As it happens, he never said it – but why quibble about the origins, since the quote speaks for itself.”

Indeed. The “same thing” in this case refers to plans for solving youth unemployment to be implemented by government, or the private sector, or public-private partnerships. This brief commentary does not pretend to critique these plans (which might be a good topic for a PhD thesis). It is also not suggested that these plans were all the same. But there is one common element in policy proposals, with very few exceptions: almost by definition, they call on the state (with or without involvement by other parties) to undertake the necessary action.

In other words, they are what Bob Hepple termed “top-down command and control mechanisms” which, in his view, “are designed by the holders of power (government, employers etc)” and, in many cases, “end up being ‘paper tigers, fierce in appearance, but missing in tooth and claw’.”[1]

It will not be attempted here to pinpoint the explanation (which, as most would agree, is bound up with the operation of market forces). The aims are rather to suggest a different way of approaching the question: not as a problem to be solved by means of policy design by government and experts (though they have a crucial part to play) or top-down mechanisms (though enforcement of policies is indispensable), but as a process driven by those who are seen as the personification of the problem: the unemployed youth themselves.

The transformative power of youth in united action is widely if not universally recognised as a fact. Political leaders of the left as well as the right have understood it. Lenin is quoted as saying: “Give me just one generation of youth, and I'll transform the whole world.” But the point, of course, is not how political leaders can “use” the youth; it is how the youth can drive political leaders to do what they might otherwise not have thought of, let alone achieved.

In South Africa we need look no further than the Soweto youth uprising of 1976 and everything that followed. This tradition has rightly been honoured but not replicated. It is sadly absent in finding a way out of the social dead end in which millions of young people in South Africa (and elsewhere) find themselves. But it is always under the surface. Greta Thunberg’s crusade is a reminder. So is the statement in the 2019 UN Department of Economic and Social Affairs World Youth Report:

“Young people have the potential to save the world. All we have to do is let them do just that.”

To say that is not to romanticise the youth. It is to recognise that they represent the human race at the height of its energy and strength, not yet weighed down with responsibilities, more likely to think freely and boldly, less inhibited in taking on challenges – thus, in a positive sense, filled with idealism, imagination and boldness to dedicate themselves to realising their ideals.

So, the starting point may be the “research question” of the century: how that idealism, imagination and boldness can be mobilised, not by others for other purposes (however well-intended) but as a driving force for achieving its own ideals (not the policy aims of others).

Obviously, it would be a project involving dialogue among youth and other stakeholders who will form part of any solution – but it would have to be a creative dialogue, based on mutual understanding, not hamstrung by preconceived ideas. Solutions (as the above statistics show) would be different from anything that has so far been seen as the answer. Understanding the limitations of previous policies would be part of the process.

At the same time, the vastness of the problem is matched by the potential for change embodied in today’s economic environment. Digital technology offers levers for transformation beyond anything that previous generations could have imagined. The project would require experts in this field as in others – including economics and government – to share their knowledge with the mobilised youth.

The vastness of youth unemployment is equally matched by the vastness of social need – for example, in areas such as housing, education and health care. Could the energies of the youth be turned to addressing these problems, devising and implementing sustainable processes for building houses, hospitals and clinics on a massive scale, together with the infrastructure necessary to support them, as well as developing the wide range of skills (training unemployed youth as artisans, electricians, architects, teachers, nurses, doctors, technicians, economists, planners) required to drive a project of this scale?

The movement of 1976 was able to break through barriers which had seemed unsurmountable, in the face of a vicious apartheid regime then at the height of its powers. Could a movement with similar resolve, armed with new ideas, have a similar impact today – not in abolishing unemployment at a stroke but in finding new ways of turning those latent energies to creative use?

COVID-19: Worker's rights and the public interest Digital work: Do we need to reinvent the wheel? Music of the future, or old hat? Opening of the Labor and Art Gallery (LAG) Planned class action suit by Uber drivers get support Youth unemployment: Can the problem become the solution?