Uber and Lyft Could Gain From U.S. Rule Defining Employment 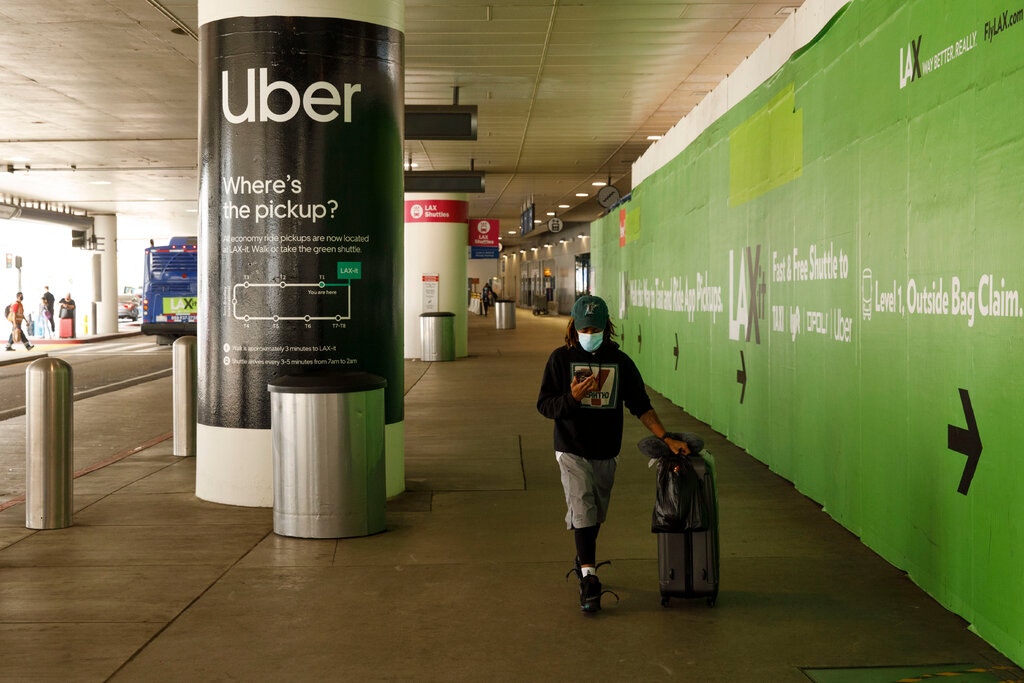 Uber and Lyft Could Gain From U.S. Rule Defining Employment

The Labor Department proposal would most likely treat drivers and other gig workers as contractors, not employees.

The Labor Department on Tuesday announced a proposal that could deem millions of janitors, construction workers and gig workers to be contractors rather than employees, its most ambitious step toward blessing the business practices of companies like Uber and Lyft.

Unlike employers, companies that rely on contractors don’t have to pay a minimum wage, overtime or a share of Social Security taxes, or contribute to unemployment insurance and provide workers' compensation insurance.

The proposal is a so-called interpretive rule, not a regulation that has the force of law. But it could have significant influence were it to be finalized.

It would technically cover only laws that the Labor Department enforced, like the federal minimum wage and overtime rules. States and other federal agencies, like the Internal Revenue Service, would be free to make their own determinations, as California has done in a recently enacted law that effectively requires companies like Uber and Lyft to classify their workers as employees.

But employers tend to follow the department’s guidance, and the determination could have influence in other contexts and jurisdictions.

Findings of employment status typically depend on a variety of factors. But in its proposed rule, the department said two would loom over all others: the extent to which a company controls how a worker performs a job; and the opportunity that a worker has to profit in the job based on initiative, rather than simply earning a steady wage.

The department said other factors could serve as additional “guideposts,” especially if the first two pointed in opposite directions. The additional factors include how much skill the work requires, and whether the relationship between the worker and the company is permanent or temporary.

“The department’s proposal aims to bring clarity and consistency to the determination of who’s an independent contractor,” Labor Secretary Eugene Scalia said in a statement.

Mr. Scalia added that the rule, put forward by the department’s wage and hour division, would make it easier to identify bona fide employees “while respecting the decision other workers make to pursue the freedom and entrepreneurialism associated with being an independent contractor.”

Critics argued that the department was making it more difficult to deem a worker to be an employee rather than simply clarifying the criteria.

“It’s certainly a narrowing of the test,” said Catherine Ruckelshaus, general counsel of the National Employment Law Project, a worker advocacy group. “Employers know the rules. Workers know the rules. Employers just don’t like where the lines are between employee and independent contractor. There really isn’t very much confusion.”

The Labor Department had already taken steps down the path of deeming gig workers to be employees. Not long after President Trump took office, the department rescinded guidance adopted under the Obama administration suggesting that gig workers like Uber and Lyft drivers met the criteria for employment status.

Last year, the department issued a so-called opinion letter advising an unnamed gig economy company whose workers clean residences that it considered them to be contractors rather than employees.

While such letters directly apply only to the companies that seek them, other companies tend to read them closely for guidance about the department’s enforcement approach. Experts noted at the time that the letter appeared to be written broadly, somewhat in the vein of a policy pronouncement rather than merely advice to a specific company.

David Weil, who ran the wage and hour division under the Obama administration and is now dean of the Heller School for Social Policy and Management at Brandeis University, said the rule proposed Tuesday was deeply flawed in elevating two factors in its analysis.

“As articulated by Congress, and by many, many different courts, it is a multifactor test where no one factor predominates,” Mr. Weil said. “It is legally incorrect to say we’re going to cherry pick our two favorites. It’s not how it works.”

In a call with reporters, senior department officials said the proposal would be published in the Federal Register this week or early next week, at which point the public would have 30 days to comment. The department has allowed longer comment periods for ambitious proposals in the past. One official said the department hoped to finalize the proposal before the end of the year.

Mr. Weil warned, however, that because the rule departed from the underlying law that defines who is an employee, it was vulnerable to being struck down by courts. A federal court recently struck down most of a similar Labor Department rule specifying when a worker can be considered an employee of two companies simultaneously, such as a fast-food franchise and its parent company.

While the proposed rule could affect workers in across a variety of industries, from construction to home care, the impact may be most evident in the gig economy, where a vigorous debate over workers’ employment status is playing out.

Prominent gig companies are backing a measure on the November ballot that would exempt their workers from California’s new employment law, known as Assembly Bill 5. Uber and Lyft told prospective investors in filings that treating drivers as employees would force them to rethink their business model.

Some industry officials have estimated that classifying workers as employees — and therefore covering their expenses, paying them a minimum wage and overtime, and contributing to workers’ compensation and unemployment insurance — could raise labor costs 20 to 30 percent.

In the call with reporters on Tuesday, a senior Labor Department official said that the proposed federal rule “sharpens” the analysis laid out in the earlier opinion letter. The proposal echoes the letter’s pronouncement that the test for classifying workers should encourage certain “innovative work arrangements” pioneered by the gig economy.

Among them is “multi-apping,” in which a worker logs into two or more gig apps at the same time and picks the most lucrative job.

Both documents also suggest that gig companies do not exercise sufficient control over workers to constitute an employment relationship, and emphasize that the companies’ main business tends to be operating a digital platform, not providing a service like transportation or housecleaning. Gig companies like Uber have made similar claims about their business, but these arguments have generally not gotten much traction in court.

“Uber appreciates the department’s focus on independent workers and is reviewing the proposed rule,” a company spokesman said. “Unlike A.B. 5, which would eliminate work for hundreds of thousands of people, this rule recognizes that the majority of workers on platforms like Uber want to stay independent.”

Critics have said the department’s logic is flawed, noting that while gig workers have some flexibility in when and how long to work, many gig companies enforce certain performance standards through their ratings systems. These critics have also argued that it defies logic to conclude that the service a customer pays for, such as transportation in Uber’s case, is not central to the company’s business.