Towards democratic decision making by harnessing advances in technology 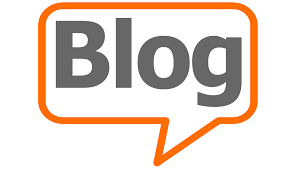 The World Economic Forum website1 describes “a new chapter in human development, enabled by extraordinary technological advances that are merging the physical, digital and biological worlds”. But the “Fourth Industrial Revolution” is about more than just technology-driven change; it is an opportunity to help everyone, including leaders, policymakers and people from all income groups and nations, to harness converging technologies to create an inclusive, human-centred future. The University of the Western Cape’s Social Law Projecteels that the real opportunity is to look beyond technology and find ways to engage with legal, social and workplace justice.

This blog describes emerging technological systems that may challenge current forms of political participation, with an eye on its transformative nature.

The classic definition of democracy refers to one person one vote, or people deciding on policies without any intermediaries. This was transformed in the 18th and 19th centuries to representative democracy, where one person is voted on to represent the interests of many. The latest transformation, made possible by the World Wide Web, has resulted in liquid democracy, an approach that uses web technology to enable users to interact in new ways.

A 2019 paper2 describes liquid democracy as a cyber democracy, that combines representative democracy and spontaneous direct democracy by using technologies of the Web 2.0. In recent years, the quest has been to investigate if liquid democracy could make a more participatory and direct democracy possible to fulfil the democratic promise of freedom and equality of the people. It goes further and posits that “One could even ask if a supra-national system could become a democratic option by using digital technologies for discussions and deciding”.

In liquid democracy, each member of the electorate may directly vote on a topic, or temporarily choose a representative by delegating her voting rights to another voter. Individuals who are either apathetic for an election or trust the knowledge of another voter more than their own, can still have an impact on the election result (through delegating). An individual who casts a vote for themselves and for others is known as a guru (Christoff and Grossi [2017]3).

In 2009, the first liquid democracy software called “Liquid Feedback” was created as “a tool for decision making”. Another software application called Adhocracy was also developed, using different software programmes to reflect different philosophies toward liquid democracy. In each case, an organisation was set up to further explore possibilities for the software. The work of these two organisations has resulted in applications of liquid democracy systems, using the principle of transitive participation, or transitive voting, to encourage active participation in decision making4.

A recent study5 raises the following critical questions in relation to the proclivity of the idea of liquid democracy:

(2) How do we avoid or transform scenarios where Web technologies are employed to maintain political-economic oligarchies of power? and

(3) What new political cultures or political contracts may emerge through the convergence of Web technology and political engagement?

What we can learn from this as the DPCP-We Care project is that the underlying ideas of liquid democracy may inform the project as it enters the technology development phase. In harnessing existing technologies to further the principle of “dignity of work”, the DPCP-We Care-project believes that the software we engage with must be fit for purpose. Whichever route or combination of routes we take, will foster capacity building for driving democratic decision-making processes with domestic workers at the centre, remembering that at the core of the project is meaningful participation and decision making by domestic workers with the aim of developing a digital platform as a marketplace for collective empowerment and for bargaining.