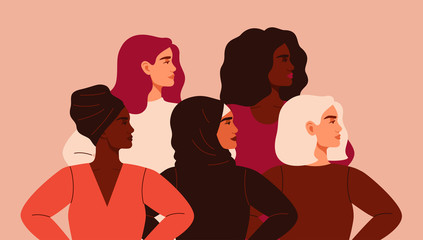 As the world continues to be digitised, and more and more work is organised through online platforms, domestic services have not been untouched. Various platforms offer such services on a commercial (for-profit) basis. The Digital Platform Co-operative Project (DPCP), created by the Social Law Project (SLP) in the Centre for Transformative Regulation of Work (CENTROW) at the University of the Western Cape, sets out to establish an alternative model for delivering domestic and care services by means of a worker-owned platform.

Empowering and upskilling domestic workers who have been (and continue to be) undervalued and exploited is a central feature of the project. The original concept sought to develop a generic model through which participants would collectively (1) market their services and/or products under decent and sustainable conditions, (2) obtain affordable access to products/services which they require, (3) develop their professional and organisational skills and (4) deepen their understanding of their social context. DPCP is aimed at building a viable business model on this basis, capable of delivering world class services while enabling workers to participate in its design through workshops on digital literacy, principles of co-operativism and other relevant topics.

The context is a world that has seen deterioration of democracy at all levels of society, in which the question of ownership comes up frequently. For example, an Amnesty International report, Surveillance giants: How the business model of Google and Facebook threatens human rights (2019), shows how the concentration of power obstructs accountability. Similarly, Matt Shaw in an article ‘Billionaire capitalists are designing humanity’s future. Don’t let them’ (The Guardian, 5 February 2021) calls for ‘more public-spirited, collective futures’. *As the DPCP team continues to embark on the journey of building a viable business model that is aimed at empowering and enabling domestic workers to adapt, in an age of non-stop digitisation, Who owns what in a digital platform and which form of ownership will best achieve the DPCP’s research objective of empowerment and upskilling?

‘Ownership’ is used here as referring to a right to exercise control over property, physical or intellectual. There are different forms that ownership can take, each with its own advantages and disadvantages. In the domestic and care work sector, given the nature of the work and the vast inequalities that exist, collective ownership is an attractive option for a platform dedicated to empowerment.

By ‘collective ownership’ is meant a form of ownership where all members of a group can exercise powers of ownership over a thing for the potential benefit of all. Here it is necessary to distinguish between ownership in the legal sense and psychological ownership (defined by Wikipedia as “the feeling that something is yours”). It can form around various objects, including an individual’s job, organisational practices and organisations themselves. The most powerful means by which an individual acquires it over an object is by creating it – that is why domestic workers must be involved in the design and establishment of the cooperative. But its importance is ongoing. In uncertain environments, for instance, and where there are frequent changes in membership, feelings of collective ownership in an organisation can provide individual workers with a sense of continuity and connection to their work.

Linked to collective ownership, democratically control is strongly associated with cooperatives as businesses not purely concerned with profit-making but also with meeting the needs of the members and their communities, non-economic as well as economic. DPCP thus seeks to build a business model that will meet the needs of domestic workers while satisfying the requirements of customers or users of their services, with the platform acting as the market-place.

In practice, the big question is: who owns what? Having started with the concept of a worker-owned platform, we are now testing it in practice and grappling with the idea that a sustainable model may turn out to be something of a hybrid – that is, one which seeks to prevent exploitation and is able to shift the power imbalance between the traditional roles of ‘employer’ and ‘employee’ by redefining these in the organisational structure of the collective.

To sum up: the project has a dual objective, combining economic sustainability with empowerment and development. While the platform will be owned and controlled by its members on a basis of participatory democracy, it will draw on the precedent of existing platforms so as to learn from their operational strengths and weaknesses with the aim of optimising the benefits for workers and minimising the space for enrichment by a few.

Enabled by technology, we believe that collectively owned and operated platforms offer a route to fairer, more inclusive outcomes that can generate tangible advantages for workers with little prospect of formal employment and consumers alike, with long-term social and economic benefits. To this end, we together with the worker-participants need to continue unpacking the fundamentals of financing and ownership in the next steps in our exploration.

These, too, are questions which CENTROW is targeting for ongoing research.

To find out more about CENTROW and the work we do, join us as we formally launch CENTROW on 23 March 2021. The launch webinar will give insight into CENTROW’s approach and some fundamental issues which it will address. Click here to register for the launch webinar.