Deliveroo Hit by Investor, Rider Revolt Ahead of London IPO 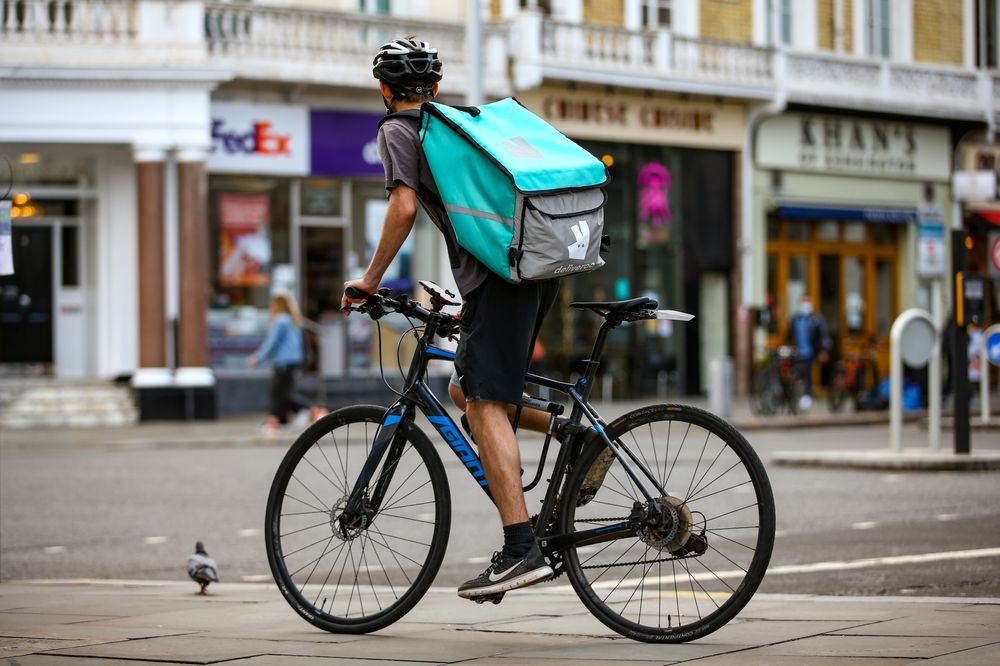 Investors and riders are raising concerns about the way Deliveroo Holdings Plc treats its couriers in the run up to the company’s initial public offering next week, highlighting a key issue for the startup as gig economy workers lobby to secure more protections from the platforms that rely on them.

Legal & General Investment Management, Aberdeen Standard Investments and Aviva Investors, three of the U.K.’s biggest asset managers, are among the fund managers who said this week they won’t be participating in the IPO. The investors, which manage more than $2.5 trillion combined, said that, among other issues, they’re concerned that the company’s treatment of riders doesn’t align with socially responsible investing practices.

“We’re looking to invest in businesses that aren’t just profitable, but are sustainable,” Aberdeen’s head of U.K. equities Andrew Millington said. “Employee rights and engagement are an important part of that.”

Some riders agree, with hundreds of couriers expected to refuse to make deliveries when the startup begins trading next week. The Independent Workers Union of Great Britain is protesting pay and conditions at Deliveroo, President Alex Marshall said by phone. “They stand to make billions while the workers have seen pay and conditions get worse,” Marshall said.

Demands for more benefits and protections for gig workers are gaining traction after a year in which shops and restaurants around the world were shut and the people who deliver food and packages proved vital. Deliveroo has listed this as a key risk to its business ahead of its as much as 1.77 billion-pound ($2.4 billion) IPO, set to be the U.K.’s biggest in six months when it starts trading in London on March 31.

A Deliveroo spokesperson said that there has been “strong investor interest in our planned IPO and we are already backed by some of the most respected global tech investors.” The company called the IWGB a “fringe organization” that doesn’t represent its 50,000 U.K. riders.

“Our way of working is designed around what riders tell us matters to them most - flexibility,” the spokesperson said in an emailed statement. “We communicate with thousands of riders every week and satisfaction is currently at an all-time high.”

Still, Deliveroo said in its prospectus that “our business would be adversely affected if our rider model or approach to rider status and our operating practices were successfully challenged or if changes in law require us to reclassify our riders as employees.” The company set aside 112 million pounds to cover potential legal costs.

Labor groups have already racked up a big win this year. Uber Technologies Inc., which runs the competing Uber Eats service, said it will reclassify its 70,000 U.K. drivers as workers, entitling them to the minimum wage and vacation pay, after losing a landmark ruling in the country’s Supreme Court last month.

The IWGB, which has about 6,000 members, is also pursuing a legal challenge in the U.K. courts to gain the right to lobby Deliveroo over pay and conditions on behalf of the service’s riders.

The challenge of workers rights “is too big a hurdle for me to take any risks with my clients’ capital today,” Phil Webster, a portfolio manager at BMO Global Asset Management, said in an interview. “There are better business models out there,” he said, pointing to Just Eat Takeaway.com NV as “doing this the right way by employing people.” Just Eat Takeaway has already pledged to offer U.K. workers hourly wages, sick pay and pension contributions.

An investigation published Thursday by the Bureau of Investigative Journalism said that a third of Deliveroo couriers surveyed made less than the U.K.’s minimum wage. One rider was paid the equivalent of 2 pounds per hour for 180 hours of work, according to the report, which drew on thousands of invoices that the IWGB union collected from riders and was produced with ITV and the Daily Mirror.

Deliveroo said that at peak times, riders earn an average of 13 pounds per hour, well above minimum wage. The company also said that time logged doesn’t necessarily mean riders are working because they’re free to reject jobs or to work for other companies while on the app.

Investors “need to be happy with taking the risks the holding could bring and consider if they are happy to have shares in the company on ethical grounds,” said Susannah Streeter, senior investment and markets analyst at investment management firm Hargreaves Lansdown. “We would question its potential for expansion in markets like Europe given that the European Commission is considering a shakeup of how the gig economy operates.”